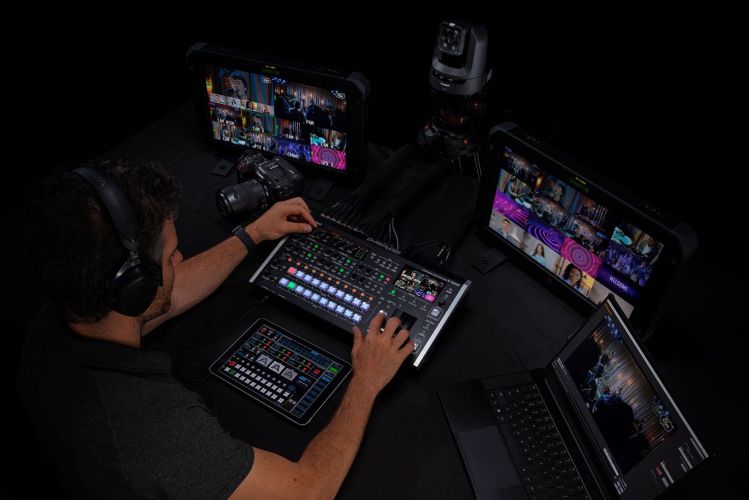 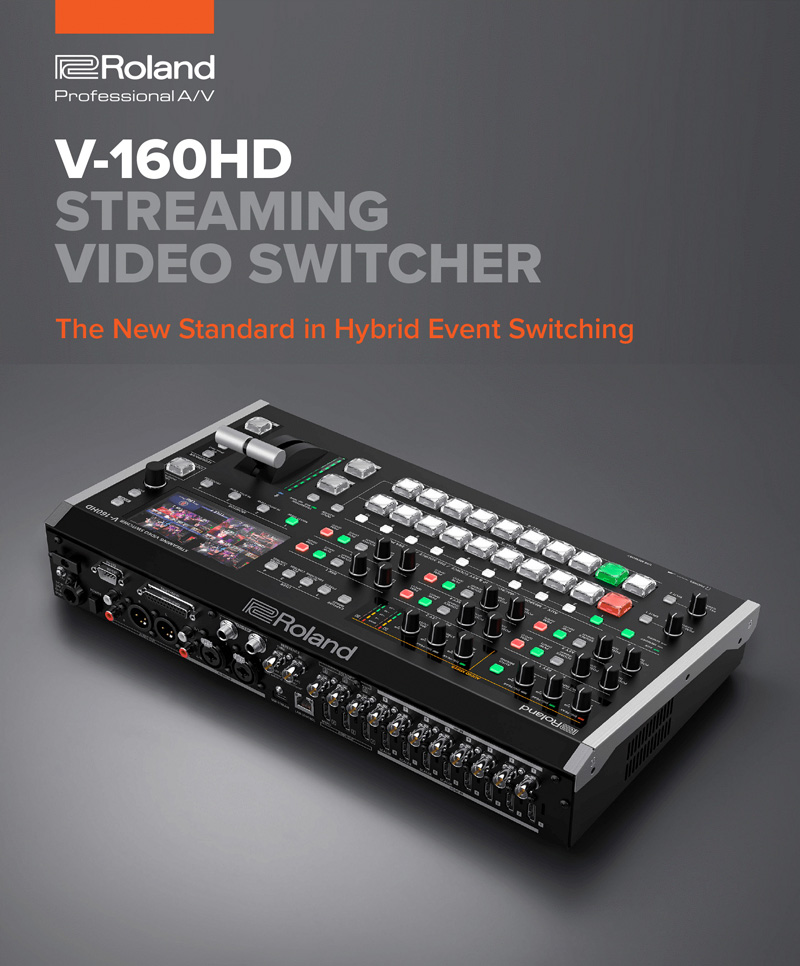 Filled with pro features to take on any modern production, the V-160HD sets a new standard in hybrid event switching. Connect with live audiences in Full HD with comprehensive SDI and HDMI I/O and simultaneously stream to any popular web platform via USB-C. There's also an eight-layer video effects engine, a 40-channel digital audio mixer, and integrated PTZ camera control, plus next-generation cue management and live show automation features that make tough production tasks simple. And everything's all wrapped up in a portable design with a bradcast-style interface that's easily handled by a single operator.

Contact Gencom to preorder or to reserve a demo!